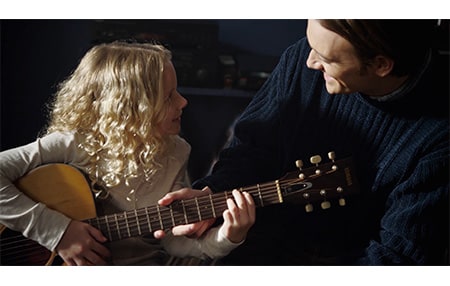 NASHVILLE — Yamaha Entertainment Group of America is proud to announce its short film “The Gift” received a Gold Award at the
Golden Awards of Montreux 2015 in recognition of music in corporate film.

In the fall of 2014, Yamaha Entertainment Group was commissioned to produce a short film to represent the Yamaha brand. Chris Gero wrote, scored, performed and directed "The Gift." The video premiered on Yamaha Corporation of America’s Facebook page on Feb. 25, 2015 to highlight the sentimental value and encourage giving the gift of music.

In addition to the Golden Awards of Montreux, the short film received 3 Telly Awards (two silver, one bronze) for outstanding online commercial, promotional branding, and editing.

“We wanted to provoke a sense of gratitude through a story line in which many of us discovered a passion for music,” said Chris Gero, founder and vice president, Yamaha Entertainment Group. “Our goal for the Yamaha brand is to embrace the connections created through music and develop instruments that are around for generations.