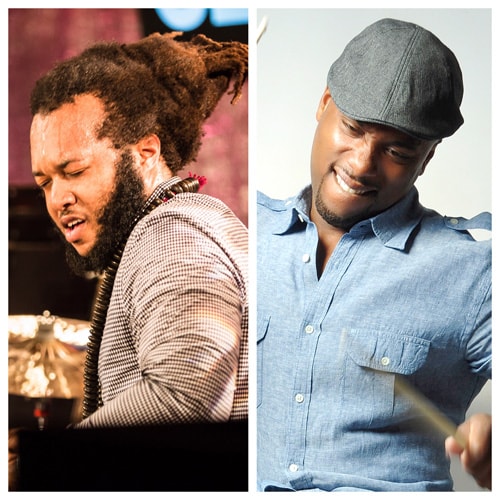 Corey Fonville (Butcher Brown/Christian Scott): Corey Fonville is one of the most talked-about young drummers in jazz music today, with a diversity of style ranging from delicate and soft to technical and lightning-fast. Fonville has been drumming since the age of two; almost immediately after completing his studies at The Brubeck Institute, he began traveling the world with notable artists such as Nicholas Payton, Jacky Terrasson and Christian Scott. Now, at the age of 25, Corey is currently touring with the Nicholas Payton Trio and is a member of the Christian Scott Quintet. Additionally, Corey has his own band, Butcher Brown, and completed a West Coast tour with them in 2012 and 2014. He plans to continue recording with them as he expands his national fan base. His ideal choice to complement this unique style is the Yamaha Live Custom drum set and 700 series hardware.

“Being part of the family is a homecoming experience for me, because I've always played Yamaha drums growing up,” said Fonville. “The communication here is top notch, and the Yamaha team is always around to assist me no matter where in the world I’m playing.”

Wendell Holmes Jr. (Ryan Follese): Wendell Holmes Jr. is an exceptionally versatile drummer, whether playing country, jazz, rock, fusion, gospel, R&B, blues, bluegrass, reggae or funk. Holmes is a multi-talented solo artist, having produced two solo albums, "Lewis Ave" and "Above It All". Taking up the drums as a toddler, Holmes developed his sound over the years as a drummer at his church in Mississippi. During his professional career, he has performed alongside such music greats as Kip Moore, Tab Benoit, JT Hodges, Regina Belle, Brownstone, Olie Woodson and Karen Clark Sheard, among others; he currently tours with Big Machine Country Artist Ryan Follese. Holmes performs worldwide on Absolute Hybrid Maple drums and 800 series hardware.

"I have been a fan of Yamaha drums since my early childhood. It’s what I grew up playing,” said Holmes. “I’m thrilled to join this team and a company that offers everything a drummer could possibly need!”

For more information on the Yamaha Artists roster, visit www.yamaha.com/artists/