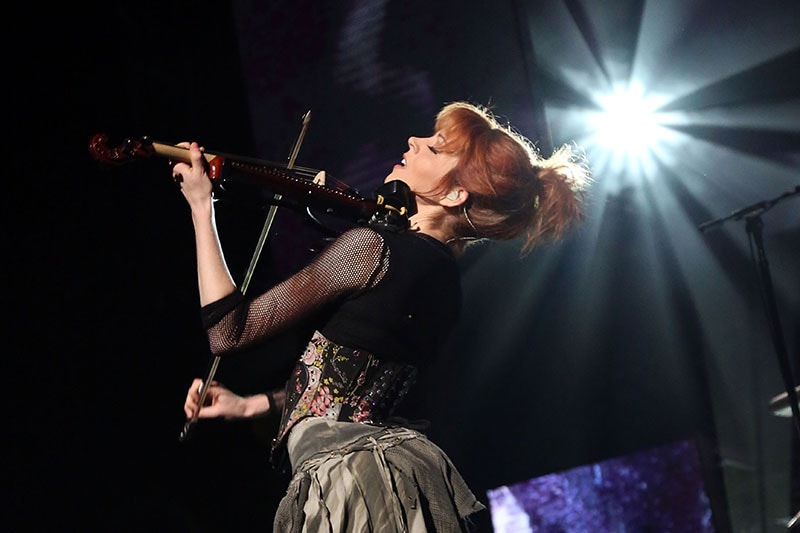 Combining a dazzling display of music and movement into a genre-bending artistic package, Stirling’s career has skyrocketed in a short period of time to include sold out tours, chart-topping hits and more than 720 million views of her videos on YouTube. Her song “Crystallize” recently reached 100 million views and her new, independently released CD Shatter Me debuted at No. 2 on the Billboard Top 200 charts. Her debut, self-titled CD appeared on the Billboard classical chart, as well as the dance/electronica chart.

"For years I tried many different types of electric violins and refused to play any of them until I played the Yamaha Silent Violin," said Stirling. "The clean sound is warm, not shrill or piercing, especially with a touch of reverb. It allows me to use my musicality by capturing a wide range of dynamics. Not only does it sound great, but it also has a sleek, fun, customizable look. Personally, I used rhinestones on mine."

Hailing from Gilbert, Arizona, Stirling started her musical endeavors as a classically trained violinist. Other influences included Celtic folk music, which she merged with modern pop, electronica and dubstep. She has also collaborated with Halestorm front woman Lzzy Hale, R&B singer/songwriter John Legend, The Piano Guys and Pentatonix. Stirling moves like a ballerina while playing the violin and employs animation and other creative visual elements in her videos and live performances.

Despite being told by talk show host Piers Morgan that there is no room in the world for a dancing, dubstep violinist and getting voted off of "America’s Got Talent" in 2010, Stirling remained true to her vision and has achieved incredible success. She connects strongly with fans via social media and serves as a motivational speaker, using her own story to counsel teenagers that they must have confidence in their own unique abilities and proclivities – then let the world catch up.

"Lindsey Stirling is an inspiring, accomplished artist who has a clear vision of her future," said John Wittmann, director, Artist Relations and Education, Yamaha Artist Services Indianapolis. "We are honored to come alongside her as she creates this vision. Lindsey’s endorsement of the Yamaha Silent Violin is a testament to our instrument’s quality and versatility.”