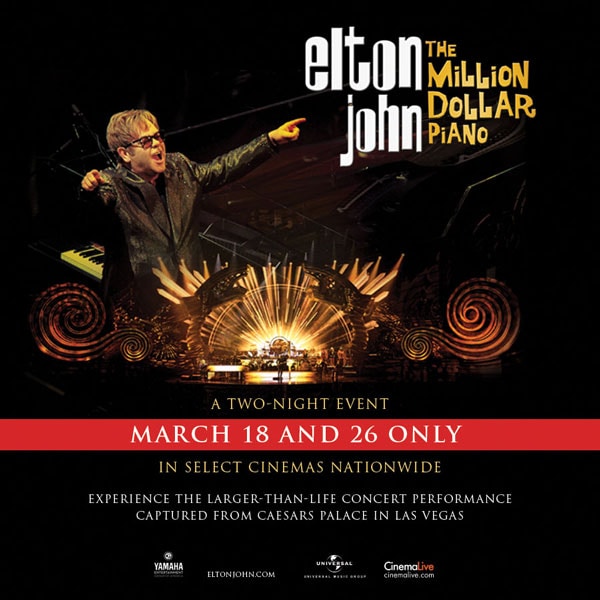 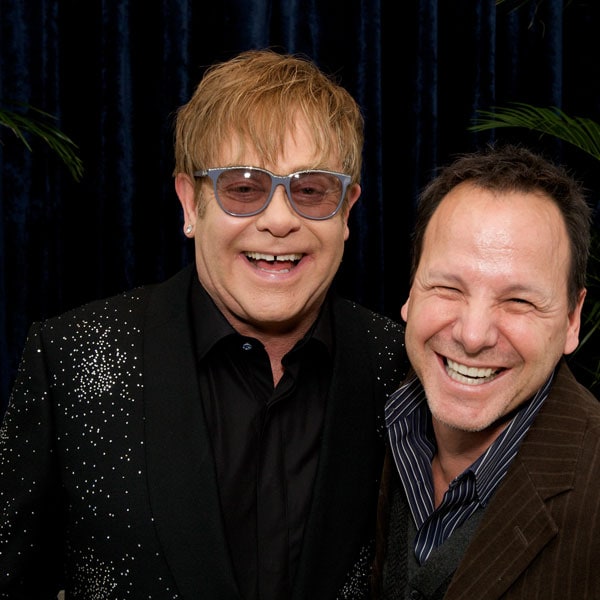 FRANKLIN, Tenn (March 17, 2014) —When “Elton John - The Million Dollar Piano” concert film opens this week in 1,200 movie theaters in 40 countries around the globe?for a special limited U.S. engagement March 18 and March 26?it will provide a shining example of how music is greatly impacting the film landscape.

The centerpiece of both stage and screen productions is the show's namesake Yamaha piano, a one-of-a-kind engineering marvel featuring more than 68 LED video screens, which display imagery to complement each of the show’s iconic songs. Weighing in at nearly 3,200 pounds, the piano is the brainchild of Elton and Yamaha Entertainment Group founder Chris Gero and was designed by Yamaha industrial designer Akie Hinokio.

“Nearly five years ago, Elton gave us the formidable task of designing and building a ‘glamorous, over-the-top’ instrument?a phenomenal working piece of art that would provide a dazzling encore to his critically-acclaimed show, ‘The Red Piano,’” recalls Gero, who oversaw filming of “The Million Dollar Piano”. ”Not only did we document the design and build of this amazing instrument, but we also captured the entire design of the show. This is a first for our industry, and we’re honored to bring this magnificent film to the world with such an iconic artist as Elton John.”

Elton John echoed the sentiment: ““It’s unlike anything I have done before, a complete mix, a showcase of all my music, accompanied by spectacular scenery and beautiful video images.”

Yamaha Entertainment Group produced three projects as a result of this single event: an hour-long documentary, “The Making of Million Dollar Piano” which will be broadcast later this year; a 20-minute “Making of” film which was released in the US on Elton John’s new recording "The Diving Board" on Capitol Records, and the full length movie, “Elton John: Million Dollar Piano."

Gero, who has enjoyed a long relationship with Elton and Rocket Entertainment, has built an enviable track record when it comes to creating mesmerizing productions with Elton John ?from “A Tribute to Elton John” in 2003 and “The Red Piano”, to “The Million Dollar Piano.”

In 2013, the duo also collaborated on a milestone Yamaha 125th Anniversary Concert held at Disneyland’s Hyperion Theater in Anaheim, California. Elton made history when he performed on a Yamaha Disklavier reproducing piano onstage with a 70-piece orchestra, which was streamed live over the Internet and simultaneously to hundreds of remote Disklaviers in many countries around the world. His actual piano keystrokes were then faithfully recreated, note for note, in real time on each of the remote instruments, while the entire orchestra was seen and heard on adjacent monitors, in perfect sync with the remote piano performances.

Elton John — The Million Dollar Piano, which is distributed by Fathom Events in the US and CinemaLive worldwide, will be shown in select U.S. theaters on March 18 and March 26.

In between these dates, on March 24, “Goodbye Yellow Brick Road” the ultimate reissue will be released. The seminal 1973 breakthrough album (which is ranked in Rolling Stone Magazine’s Top 100 Great Albums Of All Time) has been remastered and will be reissued on CD, vinyl, limited-edition yellow vinyl, and in a box set featuring a recording of ‘Live At Hammersmith 1973’ on CD, a DVD of Bryan Forbes’ 1973 film ‘Elton John and Bernie Taupin Say Goodbye To Norma Jean and Other Things’, along with a 100-page illustrated hardback book packed with rare photos, memorabilia and a new essay containing interviews with Elton John and Bernie Taupin.

To locate a theater playing “Elton John ? The Million Dollar Piano” near you, and to purchase tickets, please visit http://www.yamaha.com/mdp