ANAHEIM (January 25, 2018) — Yamaha today announced the addition of two new models to its Arius line of digital pianos—the YDP-184, a new flagship with advanced features, and the space-efficient and economical YDP-S34. 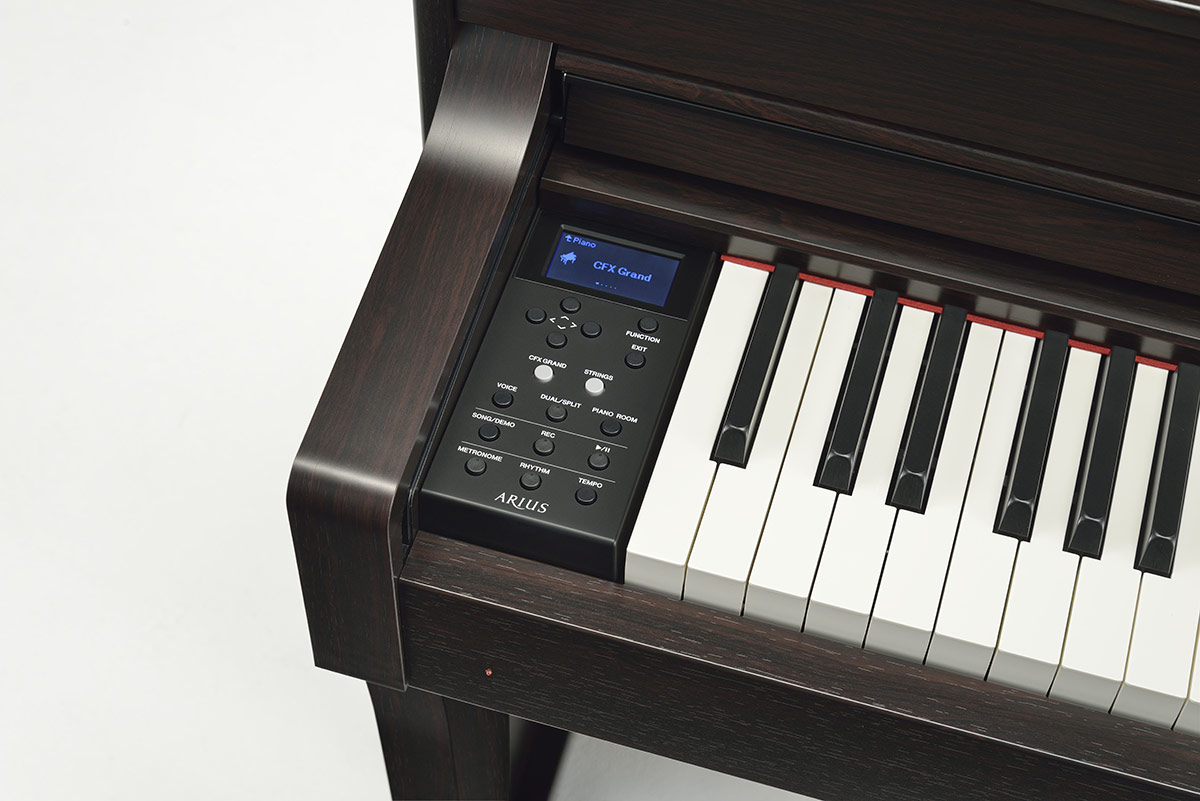 Like all Yamaha digital pianos, instruments in the Arius line benefit from the company’s more than 100 years of experience in both piano building and electronic-keyboard design, and consist of a range of models that are perfect for everyone from beginning students to experienced players.
One of the key improvements in the YDP-184 and the YDP-S34, compared to previous models, is the addition of the meticulously sampled and highly realistic Yamaha CFX concert grand piano sound. Another is the Yamaha Stereophonic Optimizer for headphone listening, which delivers a spacious and inspiring stereo image.
The top-of-the-line YDP-184 is the most advanced Arius yet from the perspective of the piano. It’s a perfect choice for intermediate and advanced players to have at home, or for scholastic music programs looking for quality practice pianos for their students.
In addition to the CFX sound, which is always just one button-push away, the YDP-184 sports an intuitive user interface, highlighted by a full-dot LCD and a button panel, all located discreetly and conveniently to the left of the keyboard. The piano offers 256-note polyphony, which is double that of the older YDP-181.
Other notable new features on the YDP-184 include Yamaha Virtual Resonance Modeling (VRM) technology, high-quality digital effects, a 30W-per-side sound system—more than double the power of previous models—and a 250-song 16-track recorder.
The stylish YDP-S34 is the other new Arius model, and it offers a slim design that will be a boon in modern living spaces such as apartments, or in any place where space is of the essence such as classrooms that house multiple pianos. The piano’s cabinet is ingeniously designed to transform into a flat work surface when its lid is closed, allowing it to do double duty as a desk or table.
Although its footprint is small, this piano provides a big and realistic sound, thanks to its high-resolution sound system, which, in conjunction with the CFX samples, GHS keyboard action, and a generous 192 notes of polyphony, provides a truly authentic piano-playing experience. The YDP-S34 will appeal not only to those living in tight spaces, but also to beginning and intermediate players everywhere.

"The Arius line has always represented excellent value for the money, and these two new instruments broaden the product offerings significantly," said Dane Madsen, marketing manager, Digital Pianos, Yamaha Corporation of America. "The YDP-184 is the new star of the line, with an advanced feature set that secures its place as the flagship in the Arius line. The stylish YDP-S34 is not only space efficient, but it also delivers for its price point when it comes to its sound and feel."