Founded by Japanese mountaineer Yukio Yamai in 1958, Snow Peak has become one of the world’s premier outdoor lifestyle brands. In October 2019 it opened a new store in London - its first in Europe - where a high end sound installation is helping the company’s mission to inspire a new type of outdoor adventure.

Yukio was inspired to start Snow Peak by his experiences of climbing Mount Tanigawa, a 2000m peak in central Japan, which has claimed the lives of over 800 climbers in the past 70 years. Seeking to develop pioneering new equipment for a safer mountaineering experience, he engaged skilled metalworkers in his home town of Tsubame Sanjo to create lightweight-but-durable crampons and other equipment. His pioneering work was noticed by friends, who soon wanted to buy the equipment, and a business was born.

It was in the 1980s that Snow Peak evolved into its current form, as a boom in car-based camping expeditions swept Japan. Yukio’s son Tohru joined the firm and the company shifted its focus, as Tohru says, “from the mountaineering equipment of our past to the camping equipment of our future.” Tohru’s daughter - Yukio’s granddaughter - Lisa Yamai joined the company in 2012 and is now the president of Snow Peak.

Since then Snow Peak has gone from strength to strength, developing inventive, fashionable camping equipment that focuses on very high quality. Using top grade, ultra-lightweight materials like titanium and the latest performance fabrics, Snow Peak equipment and clothing is designed to encourage people who wouldn’t otherwise go camping to enjoy the great outdoors with a degree of luxury.

The London store, Snow Peak St James’s, is the first store in Europe to feature the company’s full range of products. Designed by architect Takamasa Kikuchi, the store highlights the company’s ultra-high quality approach to its products and the inclusive motto ‘we are also users’. 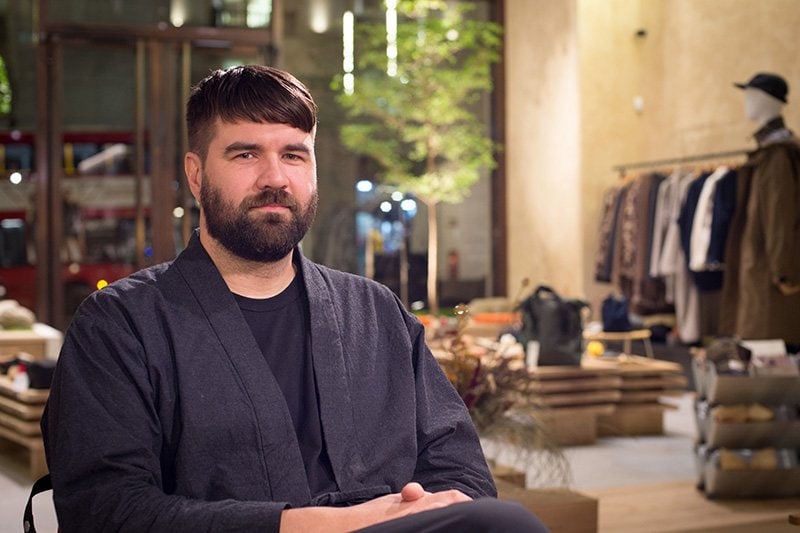 “We’re not just a reseller, we consider ourselves part of a community. We hold camping events around the world to inspire people to enjoy the outdoors and anyone is welcome to drop in here for a chat with the staff or a snack in our cafe without feeling obliged to buy anything,” says General Manager Gunnar Björling.

“We take pride in innovation and it’s these interactions which drive our determination to constantly look for better materials, to look at every detail and devise new products for a new type of camping.” 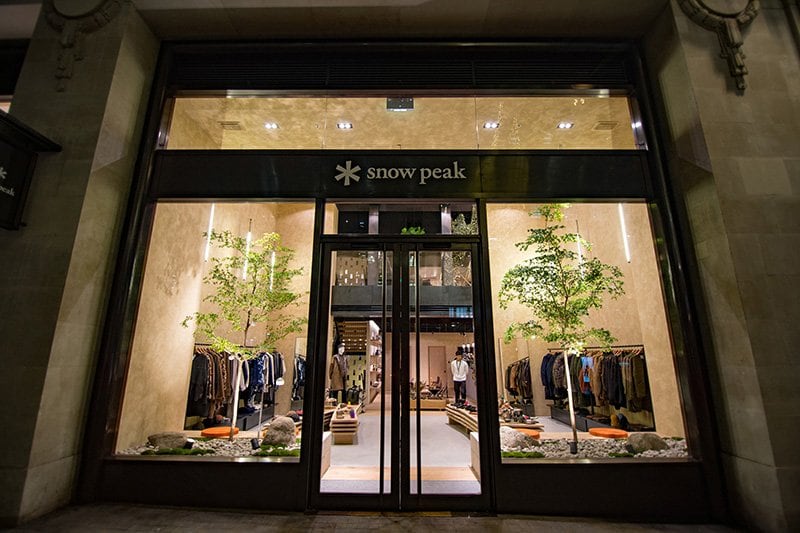 Snow Peak’s ‘we are also users’ motto and its company policy of building to a performance level, not a price, could be equally applicable to Yamaha. So it is unsurprising that the company chose a Yamaha audio system for the store, with Manabu Shimada carefully selecting the speakers to deliver his painstakingly-designed soundtrack.

Another example of Snow Peak’s innovation is that every product is designed to be used for a lifetime.

“We want the life cycle of our products to be as long as possible,” says Gunnar. “If it breaks we will repair it and, if it’s unrepairable, we will take it apart and recycle it into something new,”

“Nowadays technology has meant that we sacrifice so much precious human-to-human interaction. Through the architecture, the soundtrack, our products and our team of outdoor enthusiasts at Snow Peak St James’s, we want to inspire a new type of outdoor adventure and help people to reconnect with the natural world and the rest of mankind. Because to us there’s no greater luxury than spending time in nature.”