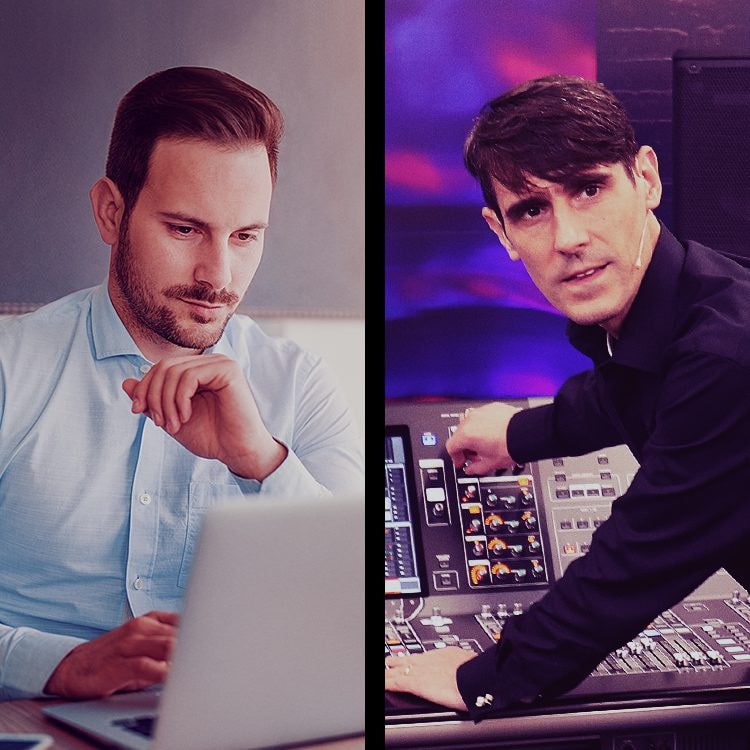 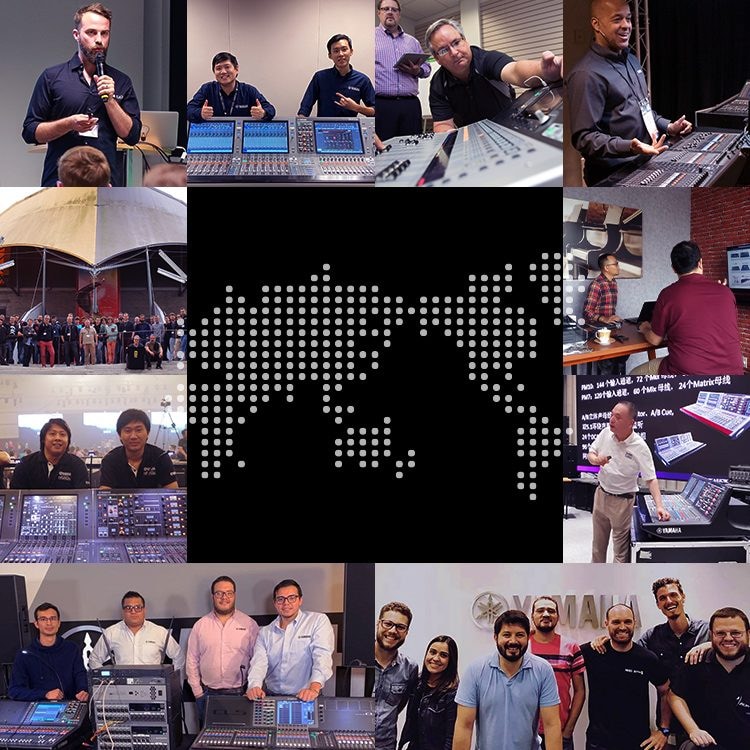 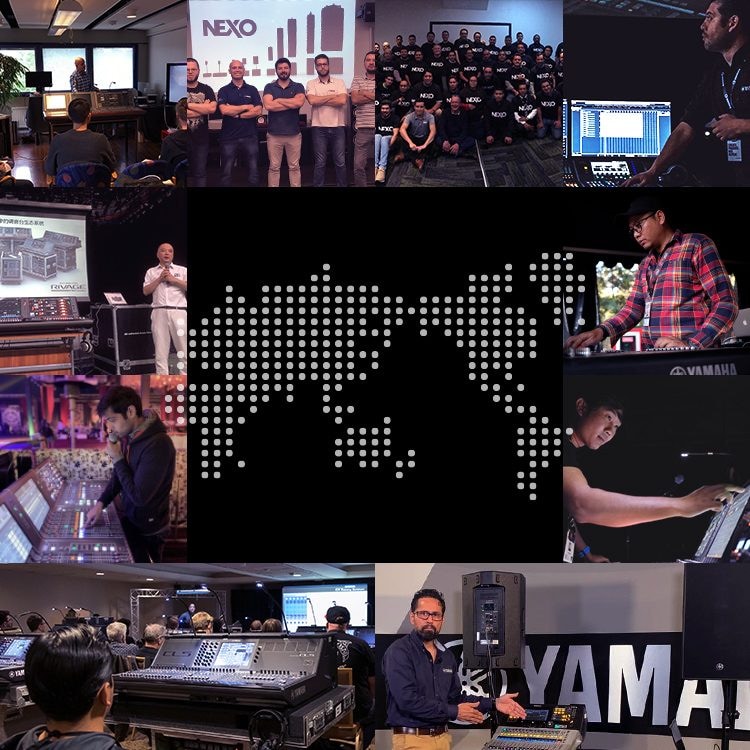 For a better-sounding world

Audioversity offers training programs that can help anyone who works with audio deliver better sound for enhanced impact and communication in a broad range of applications. Refine your craft through a comprehensive selection of seminars, webinars, and self-training materials designed to build skills quickly and effectively. Audioversity currently reaches over 100,000 people in more than 50 countries with programs tailored to meet diverse needs, and it continues to grow. Whether you work with sound on a daily basis or are just starting out, join us to elevate your audio artistry to a new level and contribute to a better-sounding world.

Yamaha and NEXO present eSDC, a virtual conference for leaders in sound system design. Whether you are a consultant, a system integrator or a sound designer, you’ll find this virtual conference packed with innovative and informative content unique to your ever-changing field. You’ll get to look behind the scenes at Yamaha and NEXO and will hear from Yamaha experts as they explore the science, the art, and the development of innovation in sound system design. 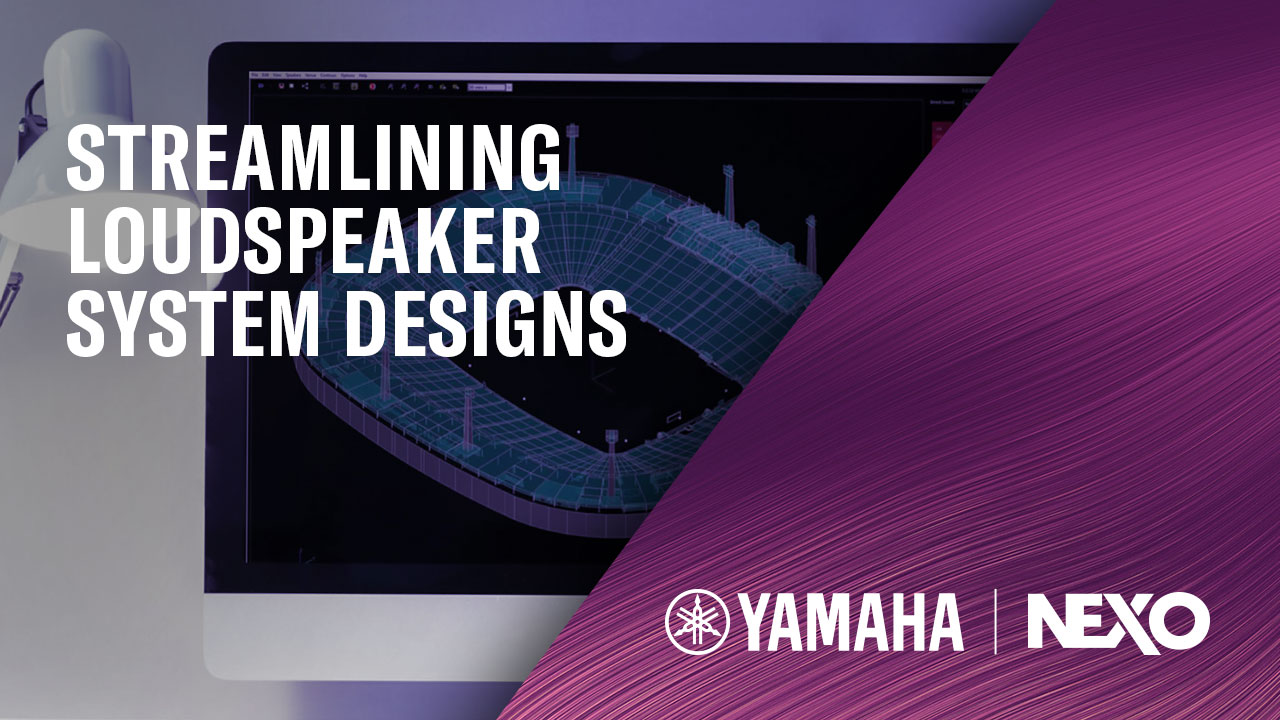 Description: Increase productivity while decreasing your system modeling time investment by utilizing Yamaha and NEXO design tools. Throughout the session Daniel Bennett and Carole Marsaud will discuss the benefits of designing with Yamaha and NEXO software.

Up for the Challenge?
Designing Audio Systems for Unique Spaces 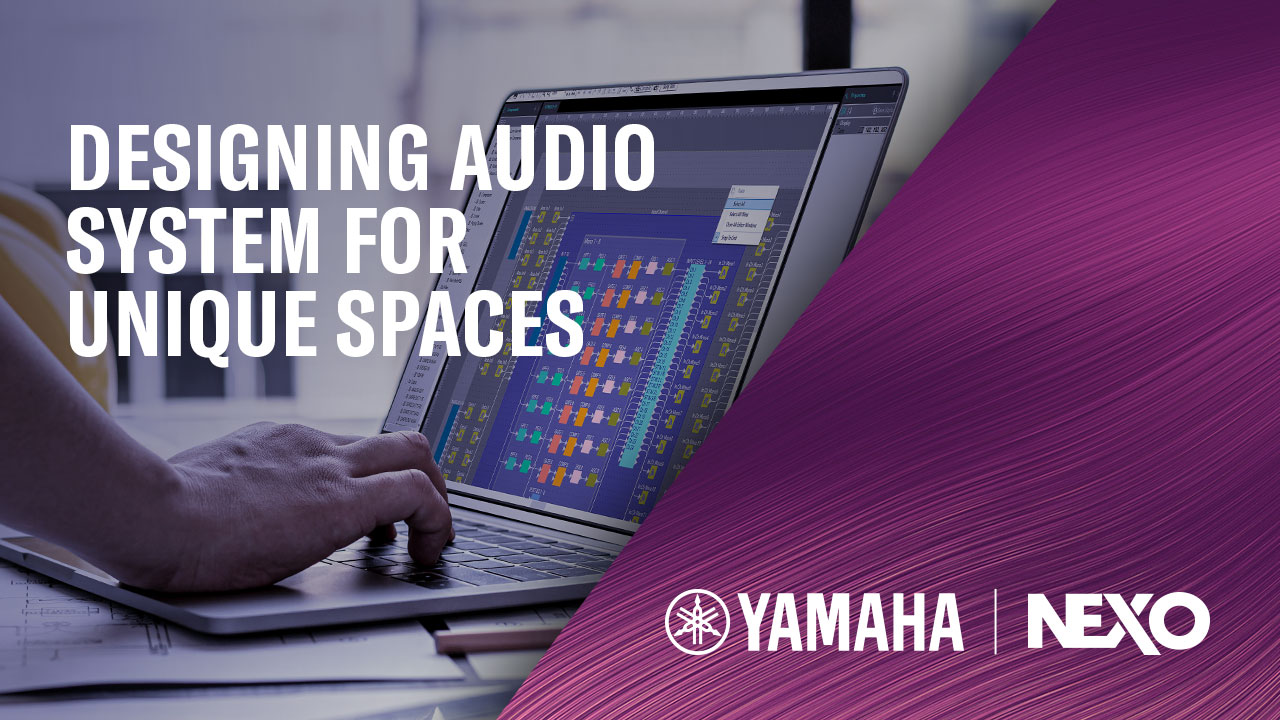 Description: With all the options available to solve problems, it is often difficult to know what the optimal solution is for challenging situations. Yamaha engineers will discuss how they approach interesting audio designs using the full family of Yamaha and NEXO products. Learn new ideas and techniques to consider when you are approaching your next "not-so-typical" design.

IP – Two Letters, But So Much More 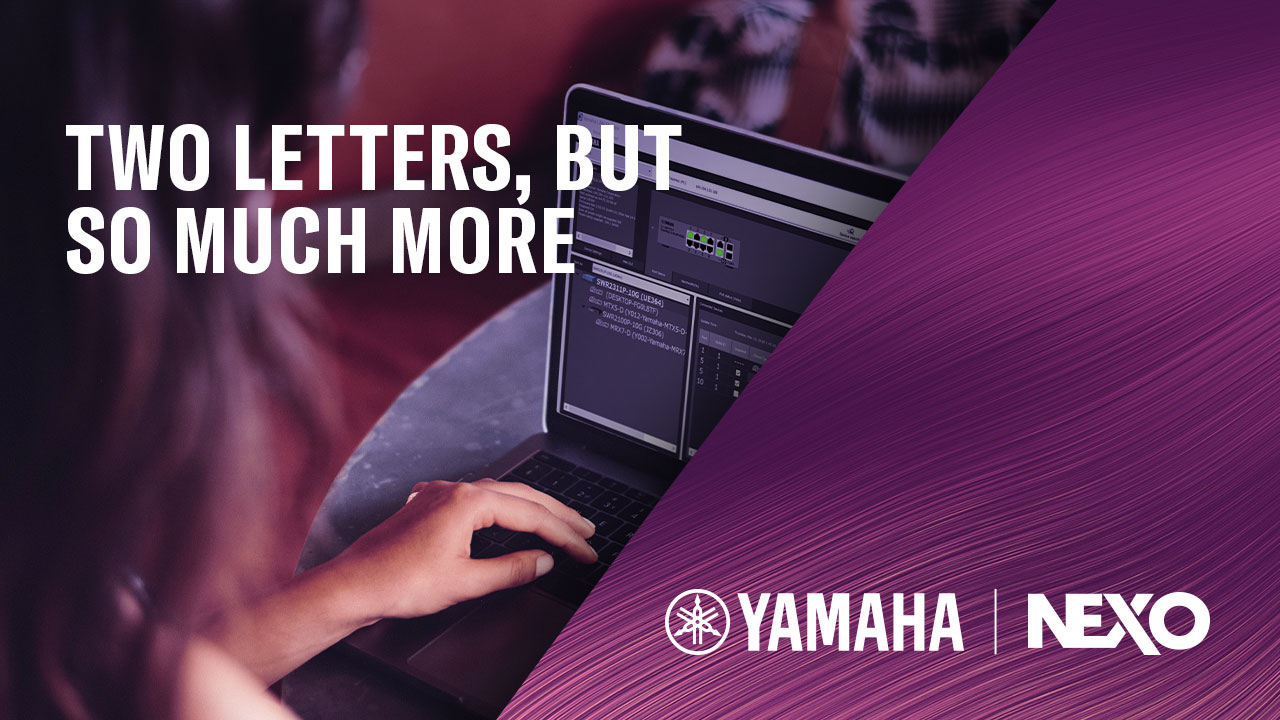 Description: Networks are dynamic environments and networking has quickly consumed the world of audio. Joel Howden will take us through the basics of the IP stack and best practices when designing a "future-proof" network for audio systems. We will also discuss unicast and multicast transmissions and how they apply to the audio network. 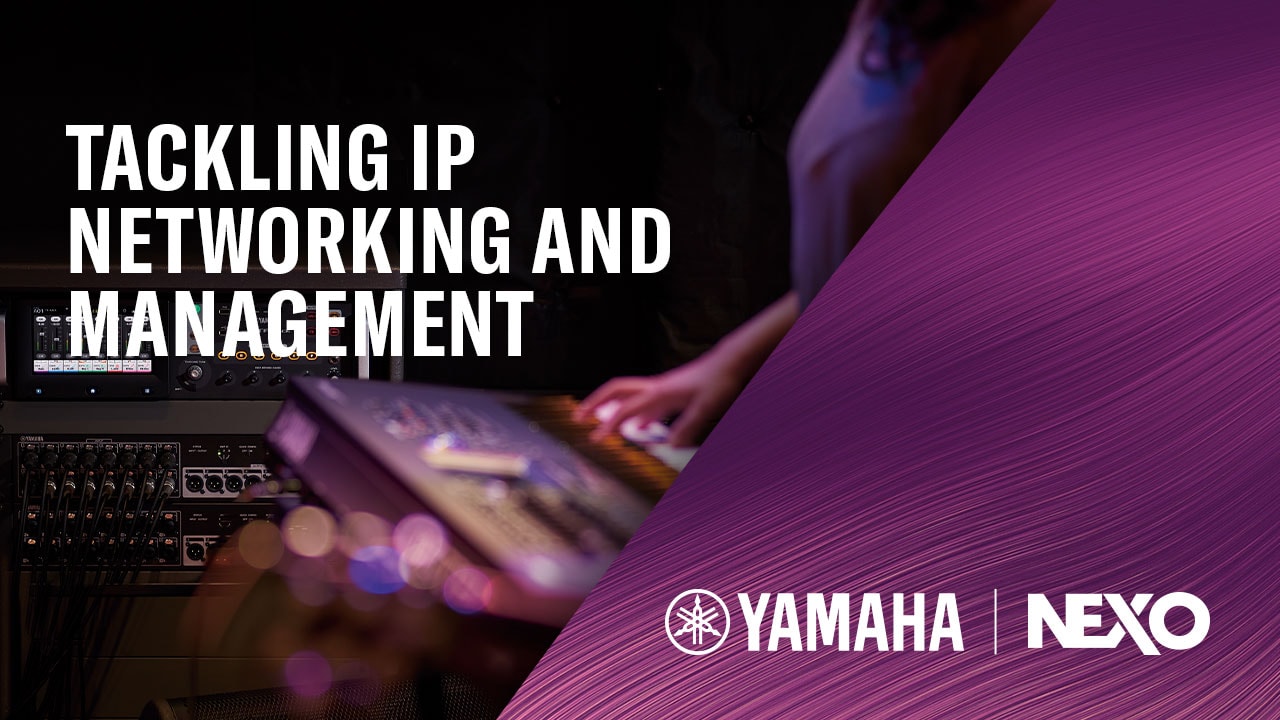 Description: In this session, we will examine the Yamaha approach to network management. Joel Howden explores Yamaha LAN Monitor software and Yamaha switch configuration for optimal visibility of a Yamaha network environment. 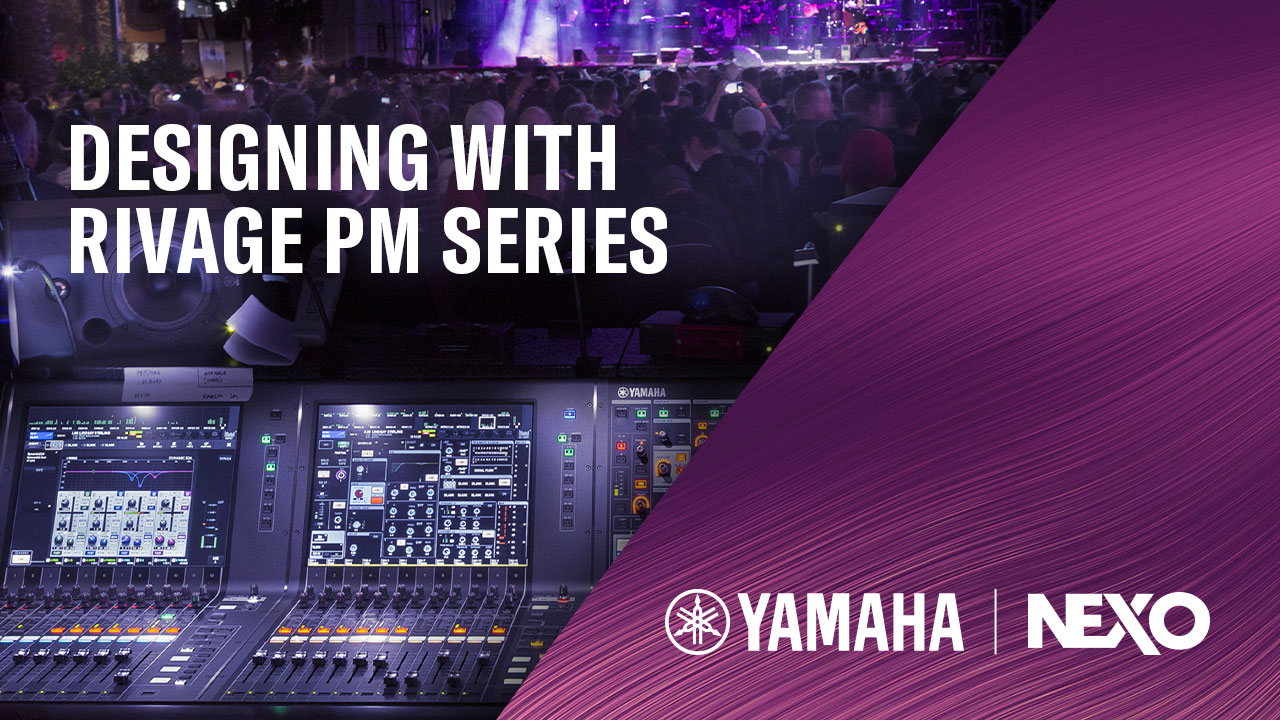 Description: RIVAGE PM series digital mixing systems are more affordable than you think. Kevin Kimmel walks you through finding the right solution for various installations. He will discuss integration of CL, QL and RIVAGE PM series consoles and the benefits of RIVAGE PM series phase coherency as it relates to PA systems. 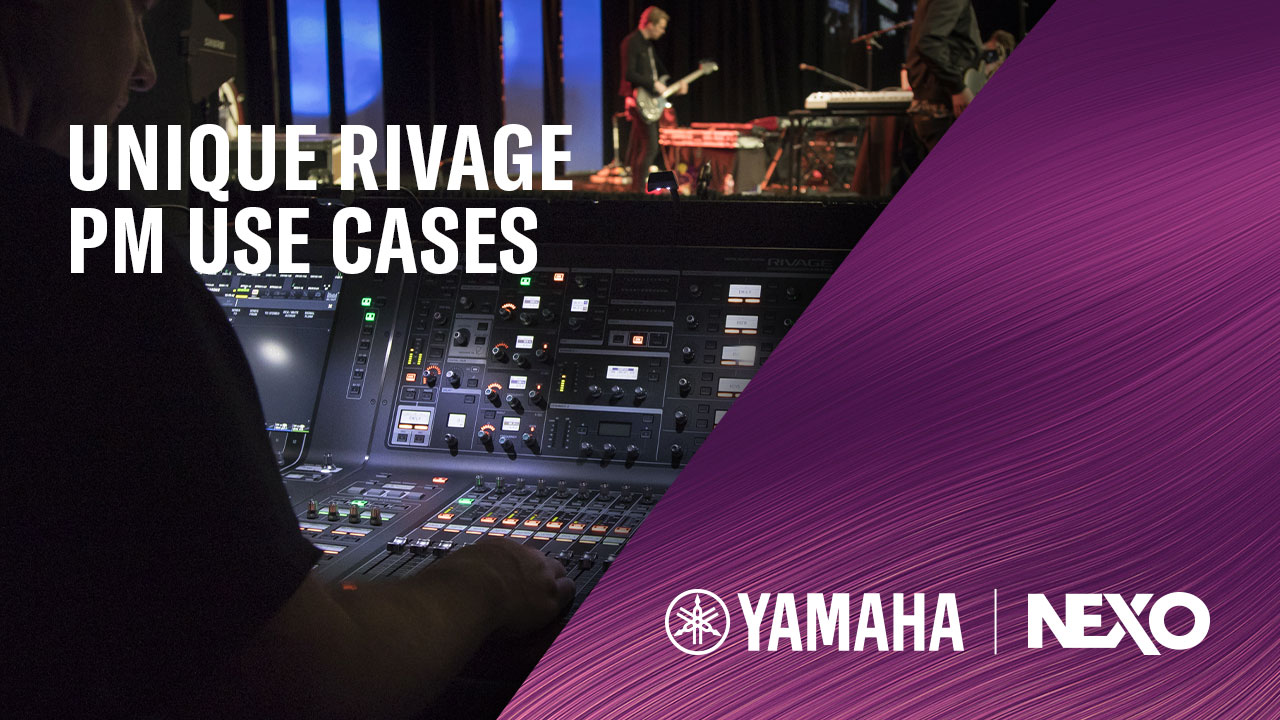 Description: Discussion with RIVAGE PM series users, operators and designers in House of Worship, Corporate, Theatrical and Touring applications. Kevin Kimmel and Russ Long host four conversations with end users where the RIVAGE PM series has made itself at home. 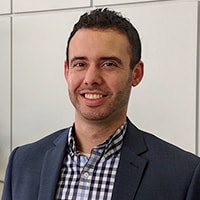 Ever since doing theater production in his Virginia high school to get much needed extra credit in his debate class, Daniel has been passionate about the art of live audio. In college he found himself regularly running FOH for many large events as well as joining forces with the local crews as an arena rigger. In 2010 Daniel moved from Virginia to Seattle to see about a lady (his now wife). There he got deeply involved with corporate rental/staging as the Director of Staging at a production company. Daniel joined the Yamaha Team in early 2019. He has a passion for music and loves working for a company that has music roots running as deep as Yamaha’s. Originally hired by Yamaha to assist with NEXO loudspeaker sales, Daniel now leads the Field Sales Engineer team. Daniel is also much better now at debating – just ask his wife. 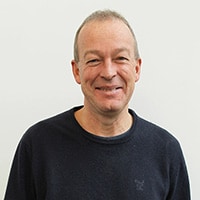 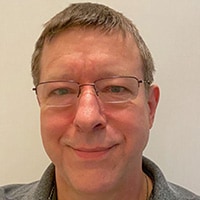 Joe has been with Yamaha since 2005. Before that, he worked for Nexo USA and two previous professional audio manufacturers in addition to touring, event production, and installation experience. Joe has a degree in electrical engineering and has worked in professional audio since 1992. Most of his expertise is related to speaker systems and amplifiers, providing product application and design support for customers but while at Yamaha Joe has become skilled with consoles, DSP products, and audio networks. Joe’s current responsibilities at Yamaha include product application and system design support to consultants and integrators. Joe is also the lead on promoting and marketing of Active Field Control, Yamaha’s acoustic enhancement system including design support and coordination of AFC projects. 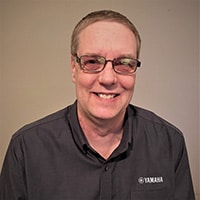 Jim Johnson has been a Systems Design Engineer with Yamaha Professional Audio for several years. With a degree in broadcasting, Jim has worked in professional audio for over 30 years. He started as a live sound operator and systems engineer for a mid-size college and went on to installing live sound and commercial audio systems. Then for the 20 years prior to working with Yamaha, he worked as a system design engineer with several well-known systems integrators. Now Jim uses his broad professional audio experience as a systems design engineer assisting consultants and integrators who use Yamaha products in live sound and commercial audio installation. Jim also assists in technical support and training. 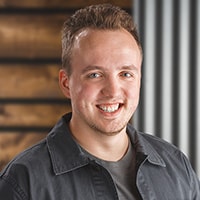 Wes Hershberger brings a background in House of Worship AVL Integration, and several years as a Church TD to the FSE Team within Yamaha Pro Audio and NEXO. Brought on in 2020, Wes understands the complex dynamics involved in HoW and Installation projects and puts that to work in supporting not only our channel partners, but Pastors, Technical Directors, Theatre Managers and Project Managers alike. With dozens of NEXO designs and installations, and Yamaha console systems deployed of all sizes and complexities, Wes champions not only product knowledge, but also harnesses the unique design philosophy required in today’s church and beyond into theatres and performing arts centers alike. Wes’s passion is to see technical artists in Houses of Worship, Theatres, and more use the best tools, designed for the right job, deployed to the best of their abilities to ultimately support the greater vision and message of the Church. 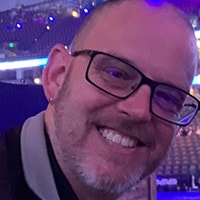 Joel Howden has been with Yamaha for two years as a Systems Design Engineer specializing in networked systems. He holds a degree in Theater from Fullerton College and a degree in Information Technology with an emphasis in Network Management from Kaplan University. Before Yamaha, Howden spent 15 years running performance venues. He also worked at the Disneyland Resort as an Audio Installation Foreman and FOH engineer. He has also designed and built complex computer systems for video productions that spanned the globe. Outside of work, Joel races frogs professionally. 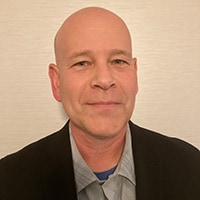 After moving from Pennsylvania to California in 1981 he worked in post production for film, most notably on Raging Bull. He worked as a stage technician and system designer at Disneyland from 1981-2018.

While on staff at Disney he also freelanced in many capacities including touring as FOH mixer for Louis Miguel, Dave Mason and others.

Between 1994 to present Kevin has mixed production on television shows and mixed either monitors or FOH for a wide variety of TV shows including mixing monitors on the Grammy Premiere Show for the last 10 years.

He has designed and installed sound systems for several churches and night clubs.

Kevin started with Yamaha as the Product Manager for Mixers-N. America in 2009 and currently is a Systems Application Engineer with focus on Rivage and other mixing consoles. 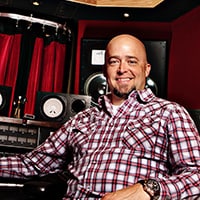 His diverse list of studio album credits includes Sixpence None the Richer, Wilco, Newsboys, Over the Rhine, Dolly Parton, and Mercy Me. His film soundtrack engineering credits include the soundtracks to the Girl Interrupted, Here On Earth, How To Lose A Guy In 10 Days, She's All That, and Hannah Montana: The Movie motion pictures.