In 1978, before the release of these New Custom trumpets, there was already an attempt in progress to launch a "heavy model development project" within the company to address the needs of players who preferred a long-established brand's instruments when Kawasaki, who was at Atelier Tokyo at the time, received an unexpected request from Thomas Stevens, principal trumpet of the Los Angeles Philharmonic. Stevens had his trumpet restored after it was damaged, but he wasn’t satisfied with the result and asked Yamaha to build him a new instrument. It turns out that the brand founder had actually sold his production facility in 1961, and there had been issues with quality ever since, resulting in more and more players turning to Yamaha in search of replacements for their instruments.

Fulfilling Stevens’s request presented a unique opportunity for Kawasaki and the other project members to research the brand's instruments. They spared no effort, taking detailed measurements of dimensions and analyzing product materials—importing those not available in Japan from the US—and they even traveled to New York to meet with a craftsman who had previously shaped bells for the brand. Unraveling the secrets of a design so alien to Schilke’s ideal would take a considerable amount of time, and Kawasaki continued researching the instruments even after he returned to the design section at Yamaha HQ in 1983, along with Imaoka, prototype technician Masao Suzuki, and Okabe, who took Kawasaki’s place at Atelier Tokyo. They must have built hundreds of bells alone, not to mention the other parts, and they made an important discovery which affected the quality of sound while using trial and error to explore metal processing techniques and methods of heat-treating the bells after they had been formed.

The project members continued a cycle of developing and sending prototypes to Stevens for testing until in 1988, after 10 years had passed, they finally succeeded in building a trumpet he was satisfied with. In addition to getting to hear Stevens say, "you finally did it," the project members were rewarded for their hard work when the whole trumpet section of the Los Angeles Philharmonic switched to Yamaha trumpets. At that moment, it became clear that the designers’ passion had finally born fruit. 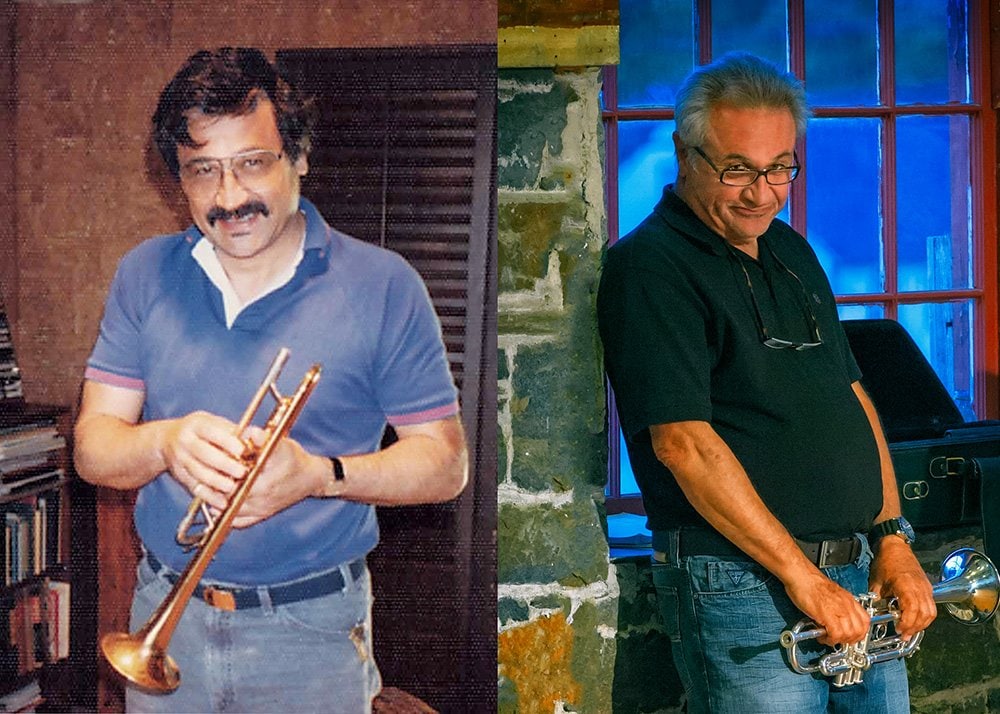 Right: He had been a great Yamaha artist through his life since the moment (2018)

Taking advantage of the knowledge and experience developed during that time, Yamaha released the heavy model YTR-8335H with a Japan-only launch in 1986. This would become the predecessor to the Xeno. The YTR-8335H was Yamaha’s first model with two braces and succeeded in producing the "substantial, solid sound" the designers had been striving to create, but the tradeoff was that some players found using the instrument for long periods of time strenuous. It was this strain that began to cause these players to look elsewhere for their instruments, and so the irritated designers began working on improvements.

They rushed the development, seeking the cooperation of players in New York who were also likely to have an impact on sales, including the New York Philharmonic’s Philip Smith, who like Stevens was searching for a replacement for his instrument, and The Metropolitan Opera Orchestra’s Mark Gould. At the same time, Kawasaki also relocated back to the US to begin working on a next-generation model at the newly established Yamaha Communication Center (YCC) in New York City.

The development team members at this time included Kawasaki at the YCC, Imaoka and Okabe at ateliers in Tokyo and Germany, Suzuki, and Shunichi Niwata, who was assigned to the design section at Yamaha HQ in 1987 as Imaoka’s replacement. In addition to the braces, the team members set out to resolve each of the numerous issues that had been bothering players. Prototypes were repeatedly tested and assessed by countless players in Europe, America, and Japan. Once the members were confident that they had met the standards of these players, they finally decided to release the new model. 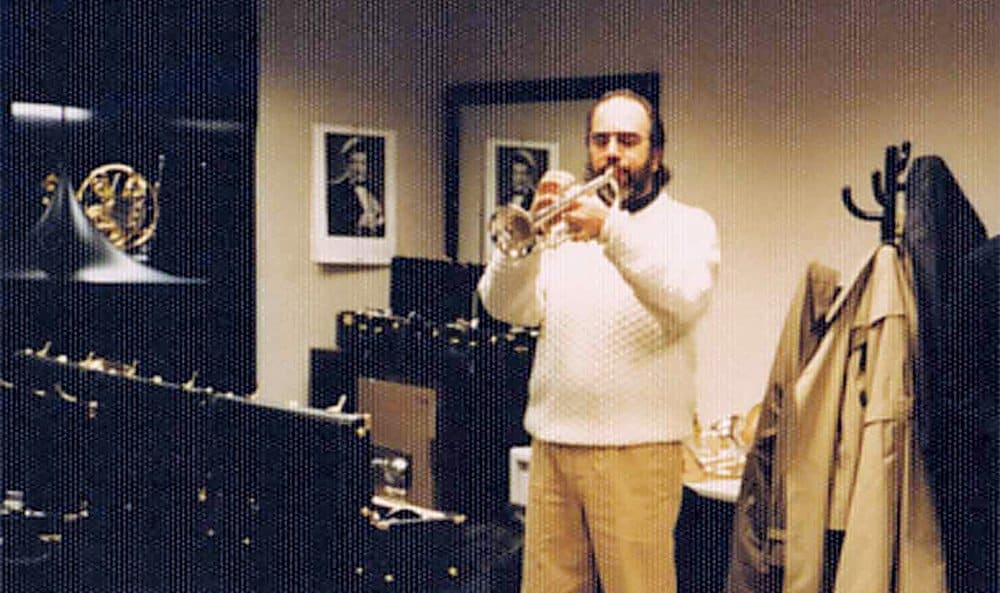 With the long-awaited release of the new model, the sales division at Yamaha requested that the new instrument be given a name suitable for a flagship product. Wondering whether a word expressing the trajectory of the team’s passion existed, Kawasaki began searching through an English dictionary page by page from the very beginning. Just when he had almost reached the end of the dictionary, he finally saw a word that caught his eye: Xeno. Meaning "from a foreign place," no word could more accurately describe the challenge they had undertaken with the help of players from overseas. And so in 1990, for the first time, Yamaha released a wind instrument with a name chosen by its creators as a symbol of their passion. The Xero Series was born.

As is apparent from its history, the birth of the Xeno was a unique and effective collaborative effort between designers, players, prototype and production personnel, and atelier staff. At other manufacturers, all four of these roles were overseen by a single person, but Yamaha had now created a system in which the work would be divided between the designers and ateliers, with roles being rotated once every several years. 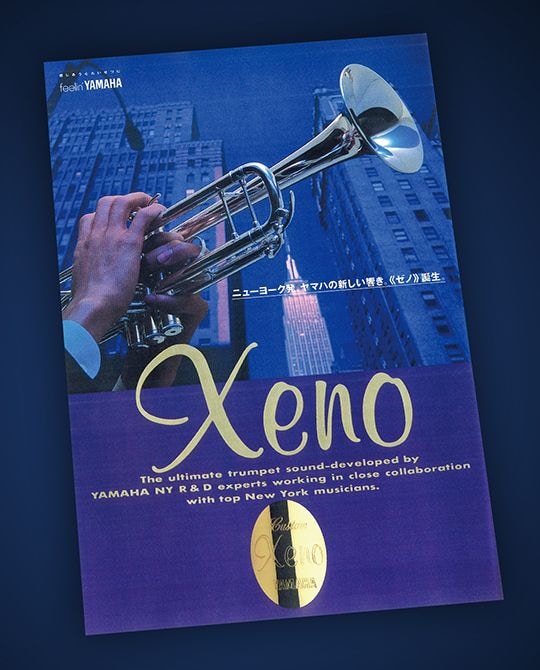 Cover of the catalog for the Xeno YTR-8335U(S), which included two braces like the heavy model