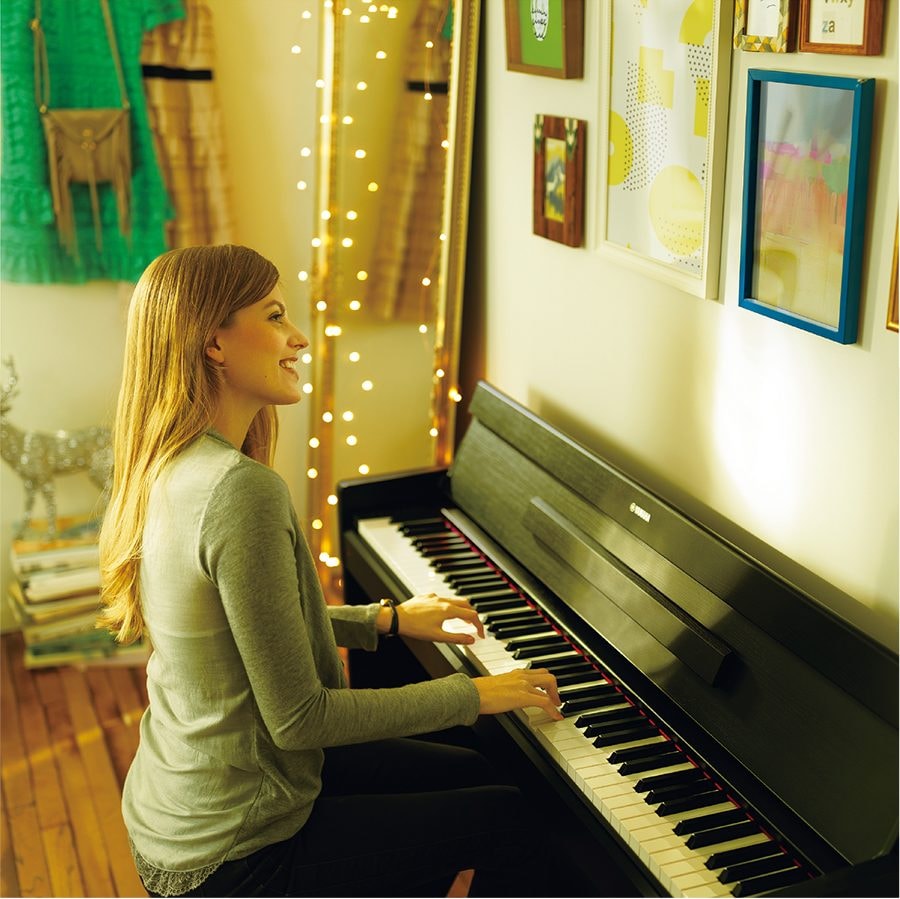 The powerful tone of the acclaimed CFX

The Yamaha flagship 9’ CFX concert grand piano offers sparkling highs and a powerful resonant bass with a sound that projects to the furthest reaches of any concert hall. The CFX was played by the winner of the prestigious International Chopin Competition in 2010, and has since gained recognition as one of the greatest concert grands of modern times.

This feature reproduces the slight change in sound at the instant you remove your fingers from the keys. What’s more, different key-off sounds are produced for staccato and legato playing.

When the hammer of a grand piano strikes its string, the other strings will also resonate. The YDP-S34 can reproduce this effect using its String Resonance feature.

A Graded Hammer Standard (GHS) 88-key piano keyboard provides a heavier touch in the low end and lighter touch in the high end, and is similar to the acoustic piano. Newly designed speakers can deliver a very powerful sound from low to high notes, which is closer to a real acoustic piano. The YDP-S34 can also recreate the characteristic acoustics of the grand piano sound in a more realistic fashion by utilizing the following Yamaha technology. 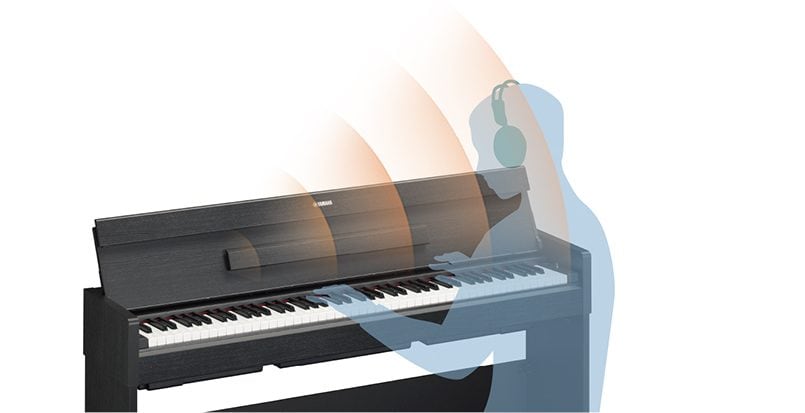 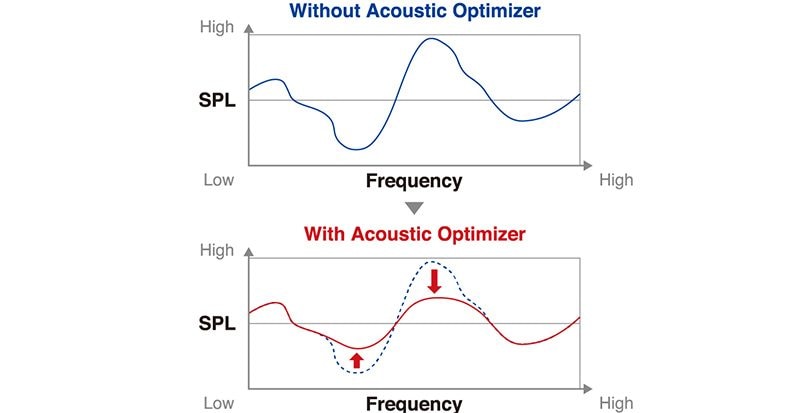 The speakers attached to the body exhibit a phenomenon in which, if nothing is done, the volume of the sound will increase due to the resonant frequency of the body. Conversely, installing pipes with the same resonant frequency within the body suppresses this resonance. Acoustic optimizers utilize this phenomenon.This improvement of the sound is something that has only been possible thanks to Yamaha‘s thorough knowledge of the internal acoustic characteristics of musical instruments.

At low volumes, bass and treble used to be difficult to hear; however, YDP-S34 is equipped with Intelligent Acoustic Control (IAC), which adjusts the sound automatically, allowing players to enjoy balanced sound at any volume level.

A piano with its own classic repertoire 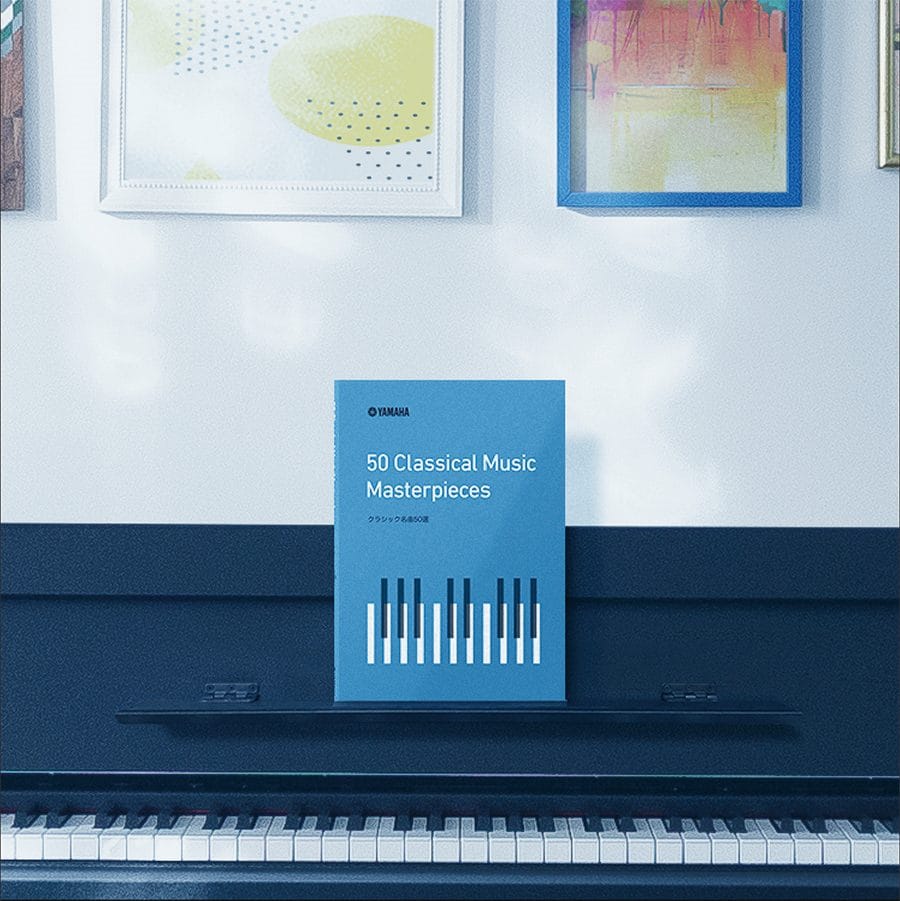 The Yamaha digital piano is pre-loaded with a variety of classic piano songs for listening and learning pleasure. Players can use the accompanying book, "50 Classical Music Masterpieces" to follow along with the music and learn how to play iconic pieces. They can also play back the songs to enjoy these recognizable piano favorites. This feature is sure to add hours of enjoyment to this terrific instrument.

Get more with the Smart Pianist App

Enjoy the piano more with Smart Pianist, a dedicated app that adds a beautiful graphic interface and a variety of incredible features to your compatible Yamaha digital piano. 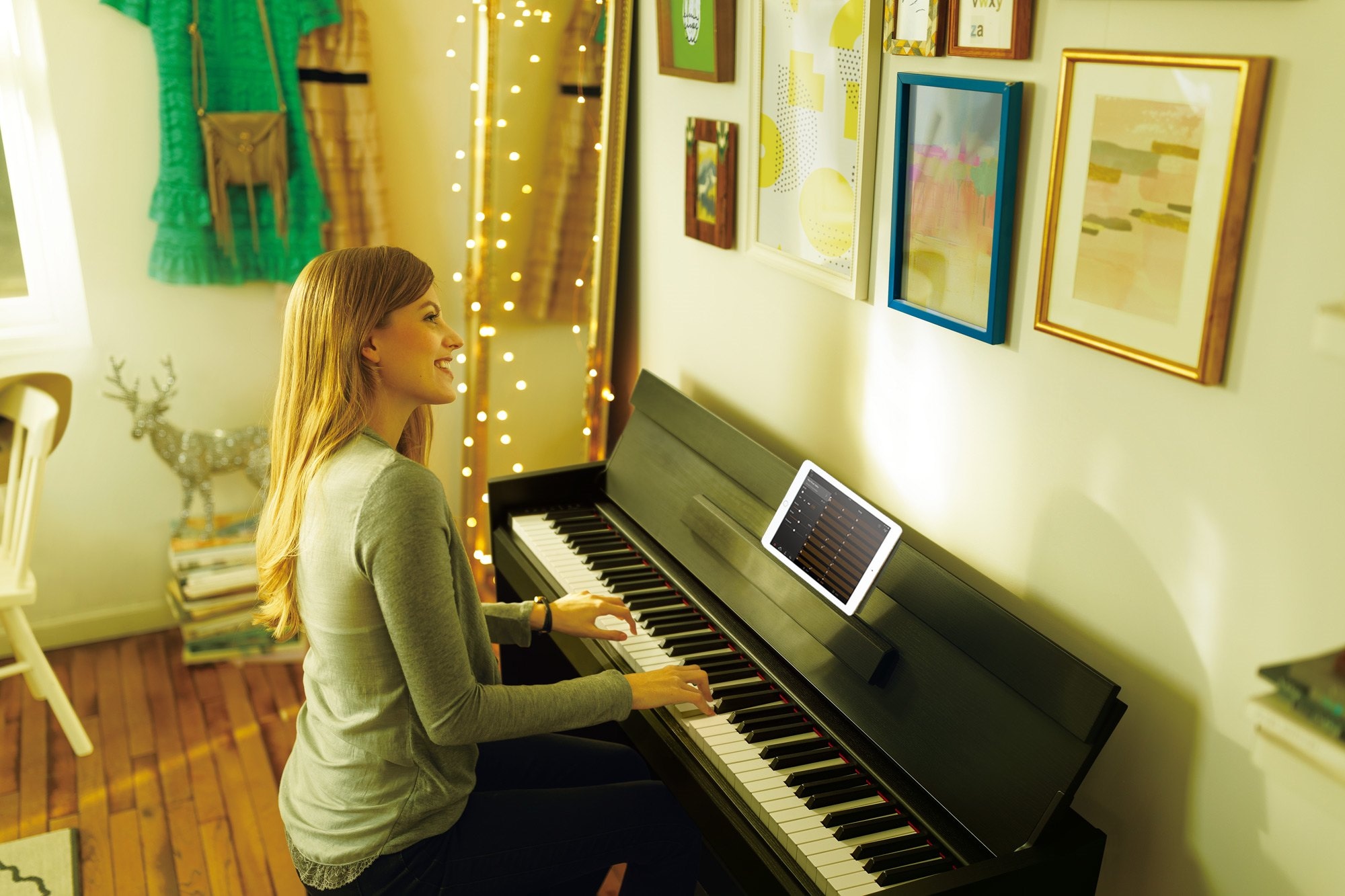 From selecting instrument Voices or adjusting settings to practicing with a metronome or recording your masterpieces, Smart Pianist gets you making music faster and lets you focus on the fun.

Smart Pianist scans the audio songs loaded in your Music Library, analyzes the chord progressions and then displays them for you on the screen of your smart device. Play along as the chords scroll by all the while hearing the song play back through your instrument's speaker system. Loading MIDI songs into the app will allow you to follow along with digital sheet music while you play.