GrandTouch testimonials from around the world

Built on a Legacy of Concert Grand Piano Craftsmanship 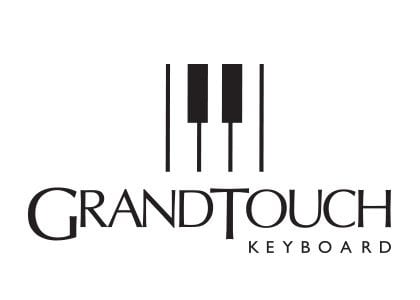 Built on a Legacy of Concert Grand Piano Craftsmanship

Grand Piano keyboards are characterized by a light feel when played gently, and a heavier feel when played with more strength. Conversely, a non-grand piano keyboard has a uniform resistance regardless of whether the player uses a gentle or heavy touch. This has traditionally been one of the most significant differences between the touch of a grand piano and that of a digital piano. However, when developing GrandTouch keyboard action, Yamaha sought to reproduce the true key resistance that is unique to the grand piano, with greater fidelity. The result is an instrument with a more responsive touch, offering a greater dynamic range than ever before. Now you can experience a much more controlled, nuanced sound when playing softly, or powerful, brighter tones when playing with a stronger touch — just like that of a grand piano. 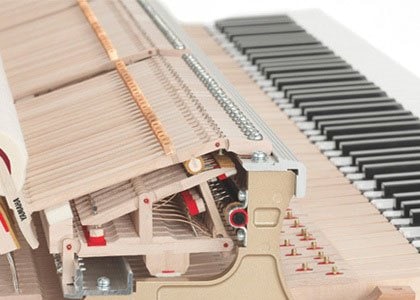 Pianists prefer grand pianos not only because of the way they sound, but also because of the way the keys respond to their touch. When grand piano keys are struck, there is a certain weight or resistance to the touch. Similarly, when keys are released, they return to a resting position based on the balance between the key and the internal mechanics of the keyboard. It is difficult to reproduce the natural return of the keys of a grand piano in a digital piano, due to differences in the mechanics. Yamaha carefully studied these characteristics when developing the GrandTouch keyboard, and has now reproduced this fine balance in the Clavinova digital piano. The result is GrandTouch - detailed grand piano feel that allows for uniform tone control, precise rhythm and smooth melodic expression - fundamental to an exceptional musical performance. 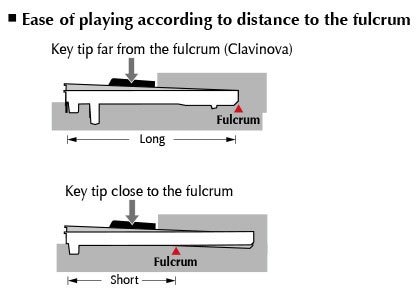 When playing a digital piano, the back area of the keys may prove to be a challenge to full musical expression. This is because the back of the key is closest to the fulcrum of the action. The closer to this pivot point that you strike the key, the less leverage you have and the more strength you need to apply. The greater length of GrandTouch keys give the player MORE leverage, allowing for better expressive control, even at the backs of the keys. This is the same support length found on the Yamaha S3X premium grand piano (as of April 2017), and is the longest support length used on any digital piano.

We Didn’t Let Any Detail Slide 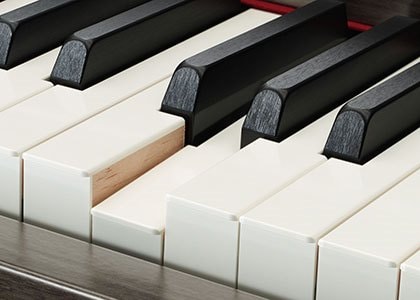 We Didn’t Let Any Detail Slide

Our fingers are more sensitive than we think, and for pianists, the texture of the piano keys is extremely important. The GrandTouch keyboard features white keys made from the highest quality synthetic ivory, developed independently by Yamaha. The black keys are finished in synthetic ebony. Synthetic ivory keytops reproduce the tactile surface of the real ivory keyboards once used in older acoustic pianos. It features highly absorbent material that prevents fingers from slipping even after hours of practice, while retaining the ideal texture and feel. Resulting from well over a century of experience in making acoustic pianos, this exclusive Yamaha technology achieves a finish that feels natural and comfortable. In addition to the feel, the appearance and fine texture of these keys is unmatched by any other digital piano, and is sure to inspire pianists from the moment they experience it.

Our Design Philosophy for the GrandTouch Keyboard 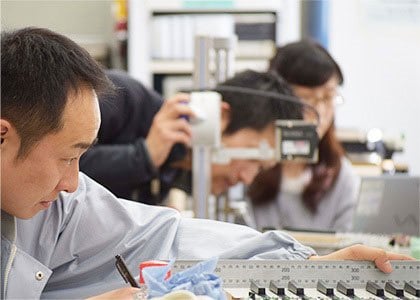 Our Design Philosophy for the GrandTouch Keyboard

The GrandTouch keyboard was developed with a clear awareness of the need to recreate the responsive feel of a grand piano.

For instance, one of the major characteristics of a grand piano is the wide change in key touch, from playing soft to striking the keys hard. Grand pianos respond to different ways of playing with different key touches—the keys move lightly when played softly, and the keys respond firmly when played strongly.

With the GrandTouch keyboard, Yamaha has considered the key mechanism and weight, as well as the key shape and friction that occurs during key travel. In doing so, we have widened the range of differences in key touch between lighter and harder playing. This lets you naturally sense the difference between louder and quieter sounds while playing.

What’s more, we have included a mechanism that simulates the lifting of hammers on a grand piano, recreating the feeling of escapement at the end of the key stroke. With this, the GrandTouch emulates both the release feeling that is unique to an actual escapement mechanism, and the feeling of stopping that comes afterwards.

We definitely encourage you to experience the GrandTouch’s highly realistic feeling of a responsive grand piano mechanism that keeps moving from the outset until escapement and then stops... and with this, the sense of control brought to your performance throughout the entire keystroke range.