The VXC Series “F models” employ small-diameter full-range speaker units that offer broad coverage, allowing large areas to be covered by a relatively small number of units. A shallow back box contributes to a low-profile design that installs easily in limited ceiling spaces. Combine VXC series F models with a compact mixer amplifier that can handle multiple line and microphone inputs such as the MA2030a, for example, and it becomes possible to create simple, flexible sound systems that deliver impressive sonic performance. 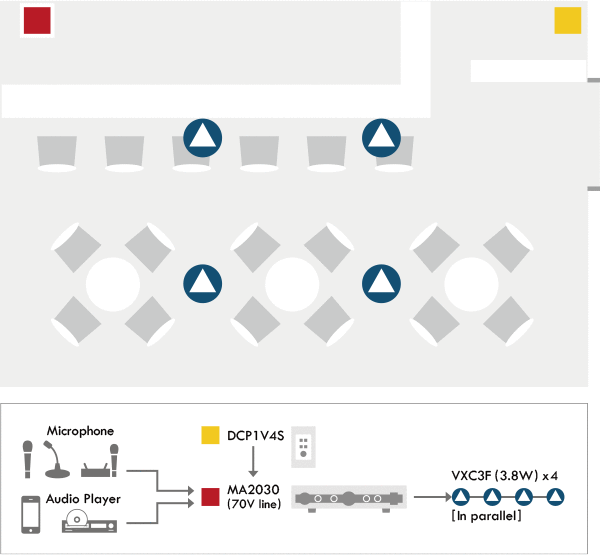 Connect many speakers to a single feed in high-impedance mode

VXC series speakers can be easily switched to high-impedance operation via a tap on the baffle, allowing a large number of speakers to be connected to a single high-impedance amplifier output. Since output power can be adjusted in four stages when connected to a 70V feed, or in three stages when connected to a 100V feed, output level can be easily altered after installation. With VXC series speakers and a mixer amplifier like the MA2030a, it is possible to create a streamlined, high-performance system that allows microphone use while BGM is being played, for example. Add a power amplifier such as the PA2030a for zoning capability. 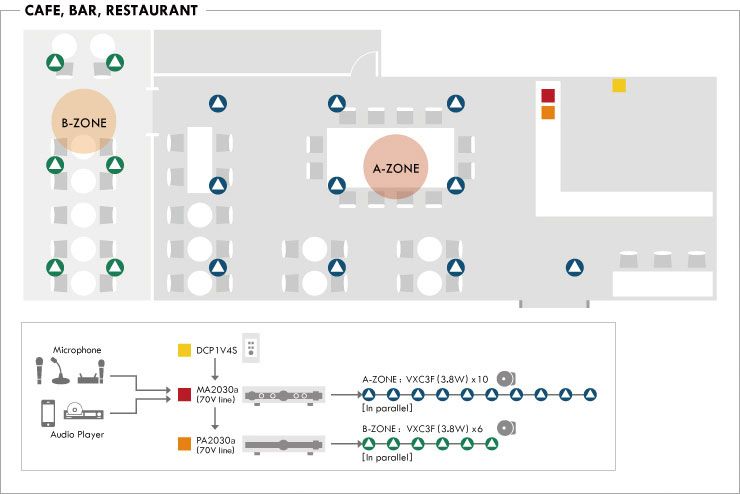