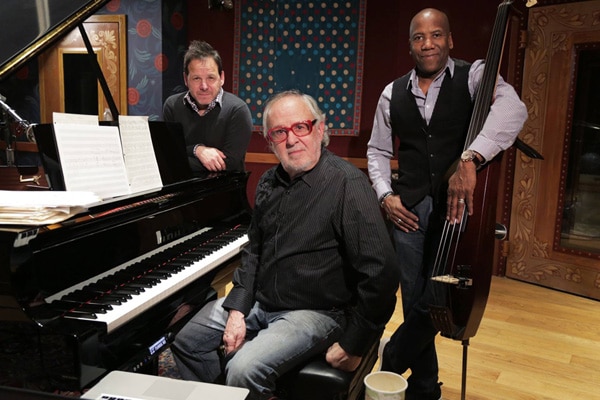 NASHVILLE, Tenn. March 20, 2015 — Bob James and Nathan East, two of the  founding members of the contemporary jazz group Fourplay, have announced the forthcoming debut of their duet album, to be released by Yamaha Entertainment Group of America this fall. Although they have recorded together for decades and each have released solo projects, this duet is a first for both.

The legendary, GRAMMY award-winning musicians plan to showcase the true essence of eclectic jazz through a combination of epic melodies and soulful tunes. James, a distinguished pianist, and East, an unparalleled bass player, are both known for the meticulousness and originality in their music.

"I've been close friends with both Nathan for years, so I feel incredibly fortunate to produce a second album with him, and for it to be with such a remarkable pianist as Bob James is a real bonus," Gero mentioned.

James recorded his first solo album 52 years ago and has since composed more than 30 solo albums in the genres of jazz and classical. East released his first solo album in 2014. The self-titled project, also on the Yamaha Entertainment Group label, climbed the charts, setting a record with 26 weeks at No. 1 on the SmoothJazz.com Top 50 chart and earning a GRAMMY nomination for Best Contemporary Instrumental Album.

With applause stirring over the initial announcement, the duet album is sure to be a classic in the world of jazz.