It all began with a dream: To craft the world’s finest pianos. 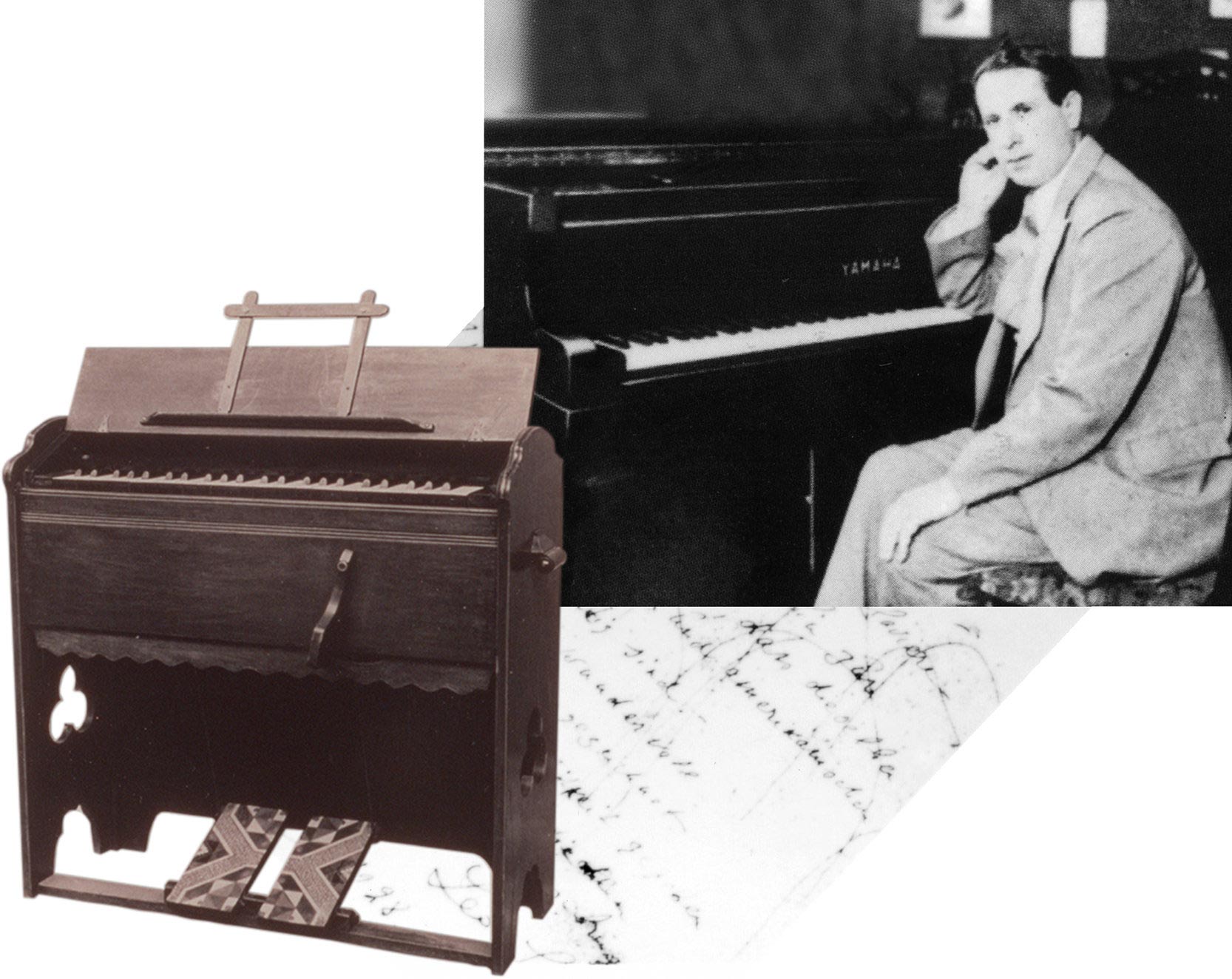 In 1900, a small company started by Torakusu Yamaha built Japan’s first upright piano. Just two years later, they would create the country’s first grand piano, which would go on to receive an Honorary Grand Prize at the St. Louis World’s Fair. Torakusu and his craftsmen would soon be traveling the world with their instruments, earning praise from the era’s most acclaimed pianists.

In 1928, famed pianist Leo Sirota wrote, “I have played the Yamaha piano many times and have come to the conclusion that this instrument is equal to the best pianos from Germany and America.” Feedback from pianists like Sirota and Artur Rubinstein, along with leading edge techniques learned from European piano makers would help take the pianos made by Torakusu Yamaha to new heights.
In 1950, after years of research and development, Yamaha released the FC concert grand. Performances by pianists such as Adolf Baller, Walter Gieseking and “Lion of the Keyboard” Wilhelm Backhaus helped earn the FC a reputation as a world-class piano.

By 1965, Yamaha was producing more pianos than any company in the world. The first pianos designed, patented and manufactured entirely by Yamaha – C Series grands and U Series uprights – began rolling out of the new state-of-the-art factory in Kakegawa, Japan. The C Series would earn fame as the most recorded piano in history, played by some of the most popular artists of the last 50 years including Elton John, Alicia Keys, Paul McCartney, John Legend, Sarah McLachlan, Jamie Cullum, Sheryl Crow, Chick Corea and Sara Bareilles. The U Series would go on to become the world’s most popular upright piano.

But Yamaha craftsmen were already on to the next challenge. Cesare Tallone, Europe’s most respected piano technician, was working with Yamaha on a new concert grand. In November 1967, Yamaha unveiled the CF concert grand piano during a banquet at Tokyo’s Hotel Okura. Famed pianist Wilhelm Kempff played the CF that night and called it, “One of the top pianos in the world.” 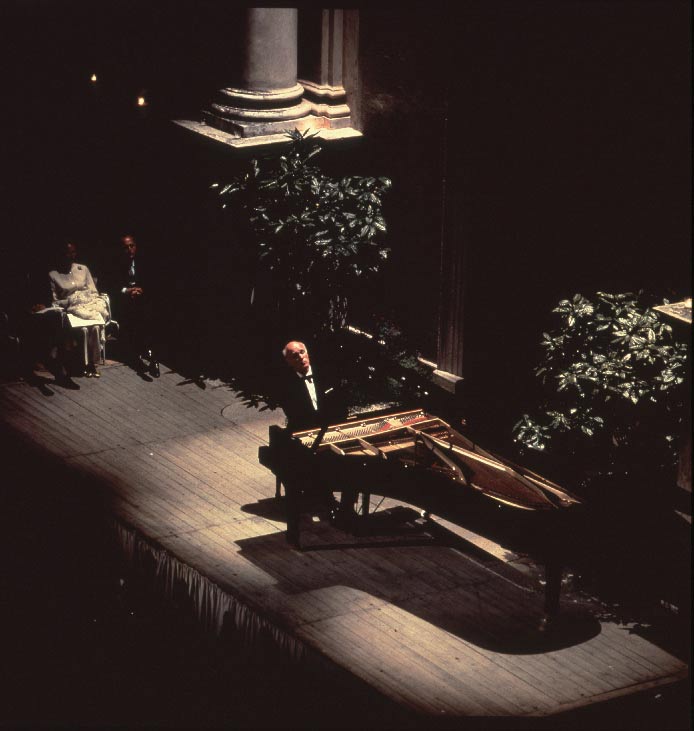 The success of the CF inspired Yamaha craftsmen to develop a new concert grand piano with the power and tonal quality to fill even the largest hall with rich, resonant sound. In 1983, Yamaha unveiled the CFIII Yamaha concert grand piano, which was an instant success. 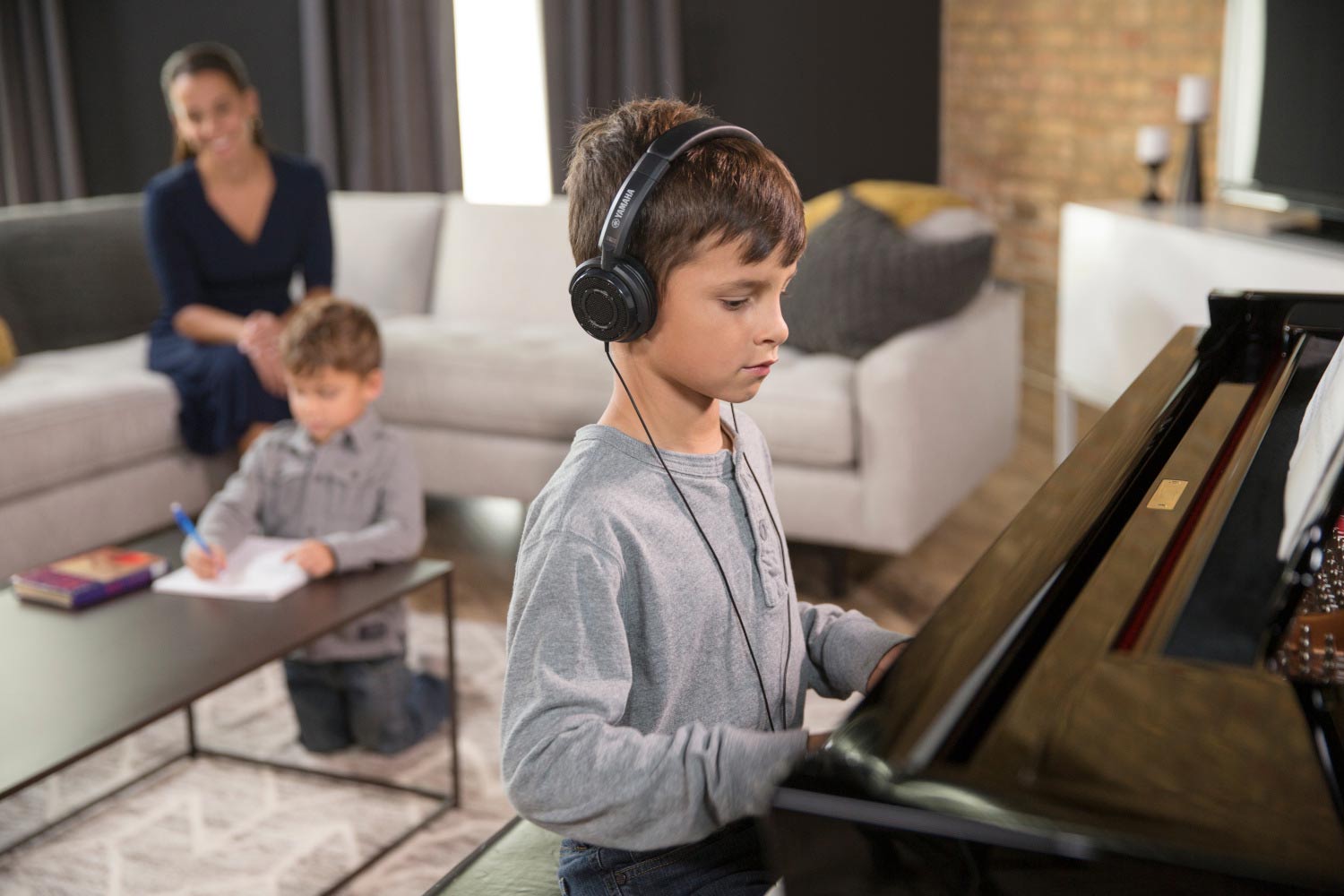 In the late 1970s and 80s, the digital era would spark a series of Yamaha innovations that helped redefine the modern piano.

In 1983, Yamaha introduced the world to a new kind of piano - the Clavinova. The revolutionary YP-40 put the power and performance of a grand piano in a portable, electric keyboard for the first time, bringing big sound to smaller spaces.

In 1987, Yamaha Disklavier took the idea of a player piano to the next level. Disklavier was originally conceived to faithfully reproduce performances so music professors could critique their students. But it didn’t take long for artists to realize this technology offered nearly endless possibilities. In 2013, Elton John streamed his live performance to Disklavier pianos in ten countries. Each one played his actual keystrokes, note for note, in real time, as if he were there.

In 1993, Yamaha introduced the SILENT Piano™, removing all limits to where and when artists could play. And bringing the exceptional tone of the world’s finest instruments straight to your headphones. 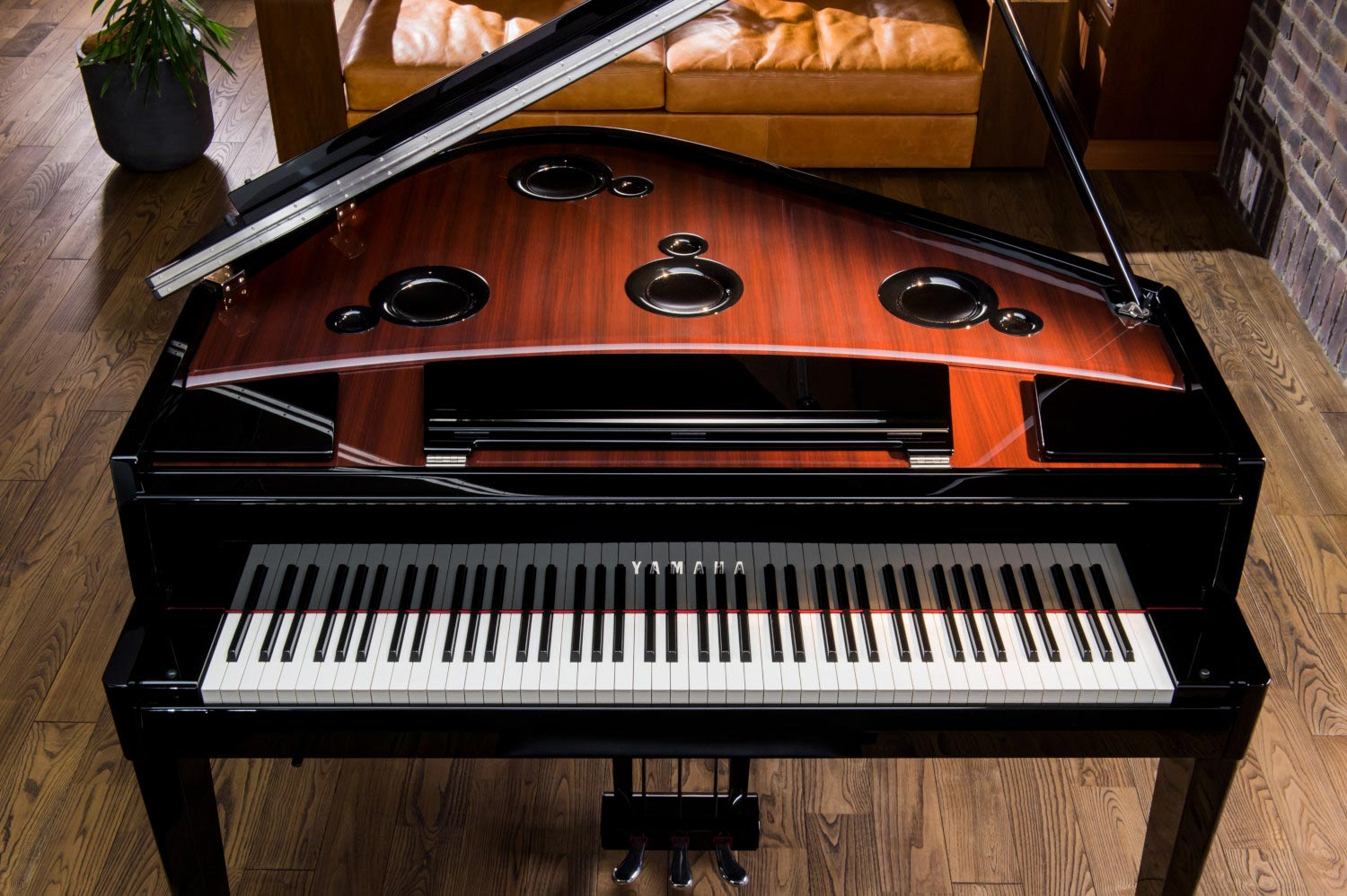 In May 2010, after 19 years of prototypes and input from the world’s most acclaimed pianists, Yamaha unveiled the CF Series concert grand piano. As the company’s flagship, it is considered the pinnacle of pianos. In October 2010, Russian pianist Yulianna Avdeeva, performing on a Yamaha CFX, won first prize at the 16th International Chopin Piano Competition in Warsaw, Poland - the first time a pianist won playing a Japanese-made piano.

In 2016, the once tiny company started by Torakusu Yamaha also received the prestigious “Top 100 Global Innovator” award from Thomson Reuters for the third consecutive year. TIME included the Yamaha Clavinova on a list of the most influential technologies of the last fifty years alongside groundbreaking inventions such as the color television, Gameboy and iPhone.

Today, a new generation of Yamaha breakthroughs such as TransAcoustic™ and AvantGrand continue to resonate with artists who crave an authentic acoustic experience and seamless integration with the latest smart devices.

Like a fine piano, a fine piano maker gets better with age. After more than a century, and over 8 million pianos, Yamaha has earned a reputation for tone, beauty, craftsmanship and quality the world over.

If history is any indication, the best is yet to come.

Use my current location
View Online Dealers
We recommend that you contact your local dealer directly for price and availability.
How to avoid unauthorized sellers
View Map
View List

The following are NOT authorized to sell Yamaha products: